An educational tour can take you to places far and wide. It can open your mind to new experiences and new cultures. The cities that you will visit are home to some incredible pieces of architecture.  Among them, are opera houses that are truly worthy of a standing ovation.

These magnificent venues charm visitors with the drama, history, and craft that have been associated with the art form they invoke. They not only showcase the artists that call the stage home, but the high level of culture, power, and wealth the city has come to obtain. The buildings are works of art and author Antoine Pecqueu says “they’re another world of beauty.’ 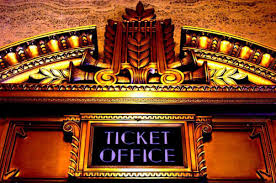 I invite you to join me and take a trip around the world from the comforts of where you are to see the world’s best opera houses. 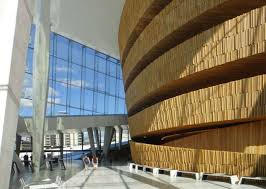 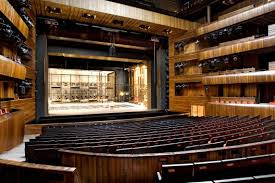 Located in Norway, this remarkably modern marble and glass structure was opened in 2008. North Sea oil money helped pay for its construction. The interior is unique among opera houses because each seat back features a screen that offers subtitles in eight languages of the performance. The building has quickly become a city landmark offering spectacular views of the harbor and fjords in the distance. “The atmosphere is just perfect,” says Pecqueu. 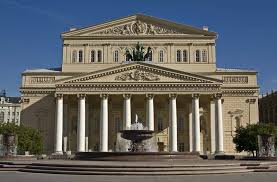 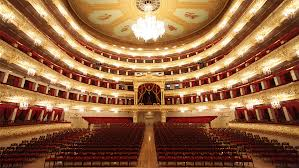 It is here where educational travelers will find both the famed ballet and opera. Situated near the Kremlin and Red Square in Moscow, this 19th century building once accommodated assemblies of Soviet leaders. The Soviet Union was proclaimed here in 1922, and Stalin even made it a priority to attend the opening performance of every production throughout his rule. “It’s the most political opera house in the world,” Pecqueu says. The majestic red and gold hall is memorable leaving you with thoughts of Russian Imperialism. 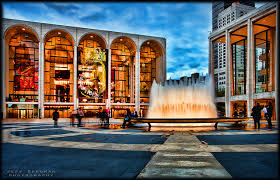 Simply referred to as the MET Opera, the Lincoln Center theatre is one of the world’s largest and grandest performance halls. With 3,800 seats, this New York structure boasts some amazing acoustics. While visiting, don’t forget to admire the sculptures and murals by Marc Chagall. 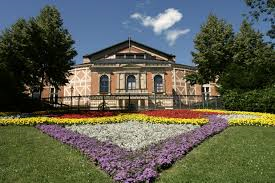 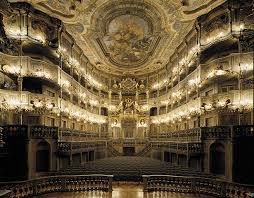 Though the exterior of this opera house may be simple (wood and brick) don’t let that fool you or deter you away from visiting. Composer Richard Wagner oversaw the construction of this performance hall specifically for his operas in Germany. They are still performed here during an annual festival. Pecqueu views it as a “revolutionary place” because it has influenced countless other opera houses in the covering of the orchestra. “For the audience, it’s a little magical. You hear the sound, but you don’t see it.” 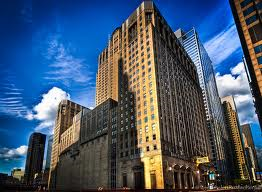 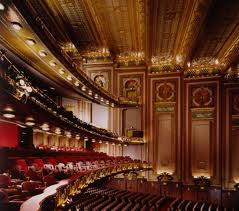 Opening just days after the stock market crash of 1929, the art deco building has aged well. The acoustic design help bring out the strengths of both the singers and the orchestra. “It’s a masterpiece of time and style,” Pecqueu says.

If you’re interested in seeing the rest of the opera houses on my list you can find them here.