“Until you reach the Great Wall, you’re no hero.”

These are the famous words uttered by Chairman Mao.

Educational tours to China are growing in popularity here at EA Tours, and we want our customers to know that they can visit the Asia of their dreams!

Just over an hour’s drive from the capital city of Beijing, students and teachers can see for themselves one of the world’s greatest engineering marvels. Over 3,000 miles long, the Great Wall of China is the largest man-made structure on Earth. Construction began in 220 B.C. under the guidance of Qin Shi Huang and took all the Qin, Han, and Ming dynasties to build. 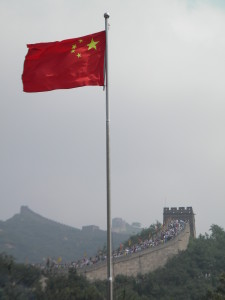 Consisting of a series of fortifications, the Great Wall was erected to keep out invaders from the north. Somewhere between two and three million people perished during its construction and were subsequently buried within the wall itself. Running from Shanhaiguan in the Hebei province (in the East) to Jiayuguan in the Gansu province (in the West), the Great Wall amazes everyone who sees it due to its sheer size.

In 1987, it officially became a UNESCO World Heritage Site ushering in a new wave of educational travelers. It can be hard to imagine how it was built or how steep it is, but on an educational student tour you have the chance to climb the wall for yourself and wonder at its majestic beauty.

The Great Wall of China is an exceptional example of the superb military architecture and technology of ancient China. It has come to embody the national symbol for the safeguarding of the country and its citizens. I hope you’ll consider planning your next student tour to this wonderful and diverse country with EA Tours!

Have you ever climbed the Great Wall? Let me know in the comments.

Have a great weekend,