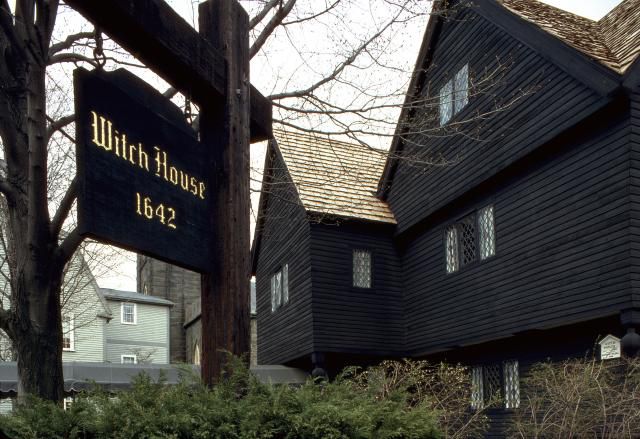 Salem, MA: A Visit to the Witch City

From the early settlers to the famous witch trials of 1692 and the influence of literature on the city to being a cultural destination for Halloween, Salem is a place that has a rich and complex history set against the backdrop of a charming New England town. Whether you’re a history buff, foodie, or fall anywhere in between, Salem offers many highlights for an educational student tour. The city of Salem is home to so many attractions that will thrill and delight anyone who takes some time to slow down and fully embrace such a weird and wonderful city.

Situated on Cape Ann, a stretch of land jutting out into the Atlantic, and a short car or ferry ride north of Boston, Salem, originally called Naumkeag or the Hebrew word for peace, was founded in 1626 by Roger Conant and a group of immigrants. Two years later in 1628, the Massachusetts Bay Company and John Endicott arrived to provide some relief for the weary townsfolk and lay the foundation for the Puritans and Salem as we know it today. In the following years, Salem saw growth and began trading with the West Indies, the first militia muster was established, as well forts, and the Custom House which collected taxes on cargo.

By the time 1668 rolled around, The House of the Seven Gables was built by the wealthy merchant John Turner. Three generations called the mansion home before it was acquired by the Ingersoll family who were relatives of Salem native Nathaniel Hawthorne. The famous Witch House was completed in 1675 and home to Judge Jonathon Corwin. He presided over the Salem Witch Trials and early questioning of the suspected witches even occurred here. Over the following years, Salem saw numerous changes from new buildings to the first armed resistance of the Revolution and an influx of wealth. The fabulous Peabody Essex Museum was founded in 1799 and the city continued to grow due to its proximity to the water and maritime role. While one could spend a great deal of time delving into the city’s rich history, perhaps the best way to experience it is to see it first hand on a student tour. And what better starting point is there than the Witch House itself!

The house has the distinct honor of being the only building in Salem with direct ties to the 1692 Witch Trials. The event that Salem is most well-known for, the Witch Trials happened over a period of three months and saw the deaths of 19 innocent people. 14 women and 5 men were hanged with one man being pressed to death. It was a time of complete hysteria and fear of the unknown as the courts believed in the devil and spectral evidence. The trials ceased only when Governor William Phipps disbanded the court after his own wife was accused of being a witch. Here at the Witch House, students and their teachers will have a chance to see Judge Corwin’s 17th century home and artifacts from this troublesome time. Another must-see attraction on your educational tour is a visit to the House of Seven Gables.

Serving as the inspiration for one of author Nathaniel Hawthorne’s most well-known novels, the House of Seven Gables offers visitors a chance to view one of America’s most historic houses! Built by sea Captain John Turner, the family home was sold in 1782 to Samuel Ingersoll. His daughter was a cousin to Hawthorne whose many visits have served as the inspiration for his classic 1851 novel. You will have the opportunity to view the house with a guide, experience the secret staircase, take in the gorgeous gardens and waterfront view, and even visit Hawthorne’s birth house which was moved to the property. Each of the times I’ve visited Salem, I’ve thoroughly enjoyed my visits not only to the House of the Seven Gables but also the phenomenal Peabody Essex Museum!

With its bright, airy, and modern interior, the Peabody Essex Museum gives some of the world’s other museums a run for their money. The collection is home to artifacts from the 1700s to today. Full of wonderful art exhibits, a permanent collection on the city’s maritime history, sculptures, textiles, a true traditional Chinese house called Yin Yu Tang, and so much more! Students and their teachers will enjoy exploring this world-class museum and all that it has to offer. When it comes to making history, Salem is no stranger to it.

With more history and supernatural wanderings than just about anywhere else, Salem is a top-grade city with a plethora of student tour experiences. It’s a stunning waterfront town in the heart of New England serving up beautiful architecture, mouthwatering cuisine, unparalleled shopping, and numerous historical sites and museums. You could easily spend more than one day here! And I hope you do so on you next EA educational student tour. We look forward to welcoming you!